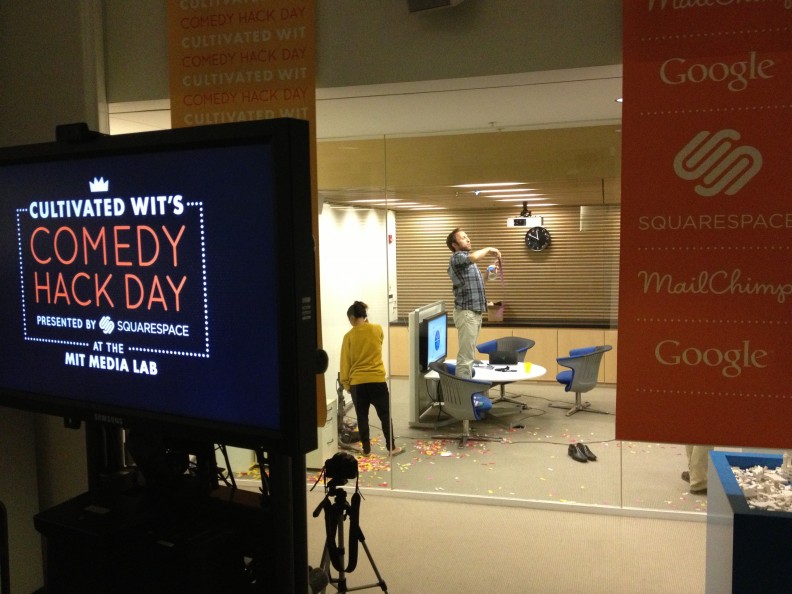 “I think this is the most dangerous thing I’ve done at the Lab.”

“More dangerous than the lasers?”

These were not comforting words for the man seated closest to the confetti cannon. A minute later, an explosion of red, pink, and white tissue paper bits filled the conference room, bringing an end to day one of our Comedy Hack Day at the MIT Media Lab. 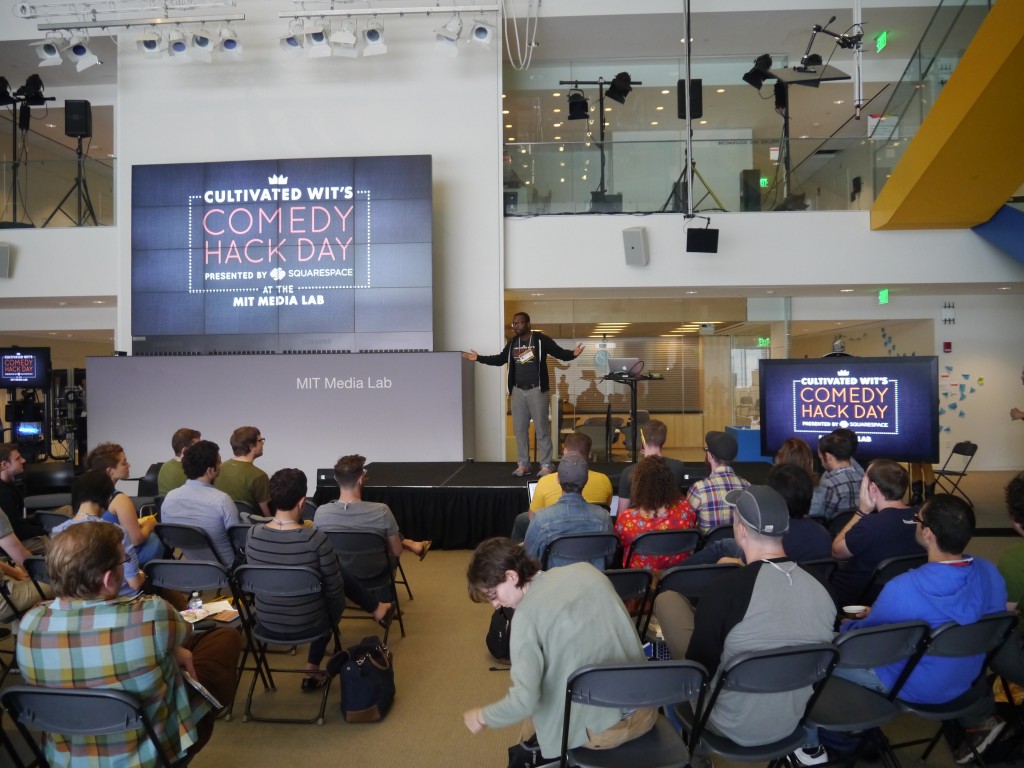 The day ended with a colorful bang, but started a little more drearily as everybody poured into the Media Lab around 9:30 and attempted to collectively clear the Whiskey Friday cobwebs. Or maybe that was just me.

By the time idea pitching began, energy levels quickly rose. Hackers took the stage and 41 ideas in total were thrown out to the masses (see the full list of pitches). As always, themes emerged from the total body of proposals that paint a certain picture of your typical Comedy Hack Day participant: online dating is an often unenjoyable experience, the internet has not made us any less aware of our mortality, and the only things this group cares about making robots do is say “no” and destroy things. 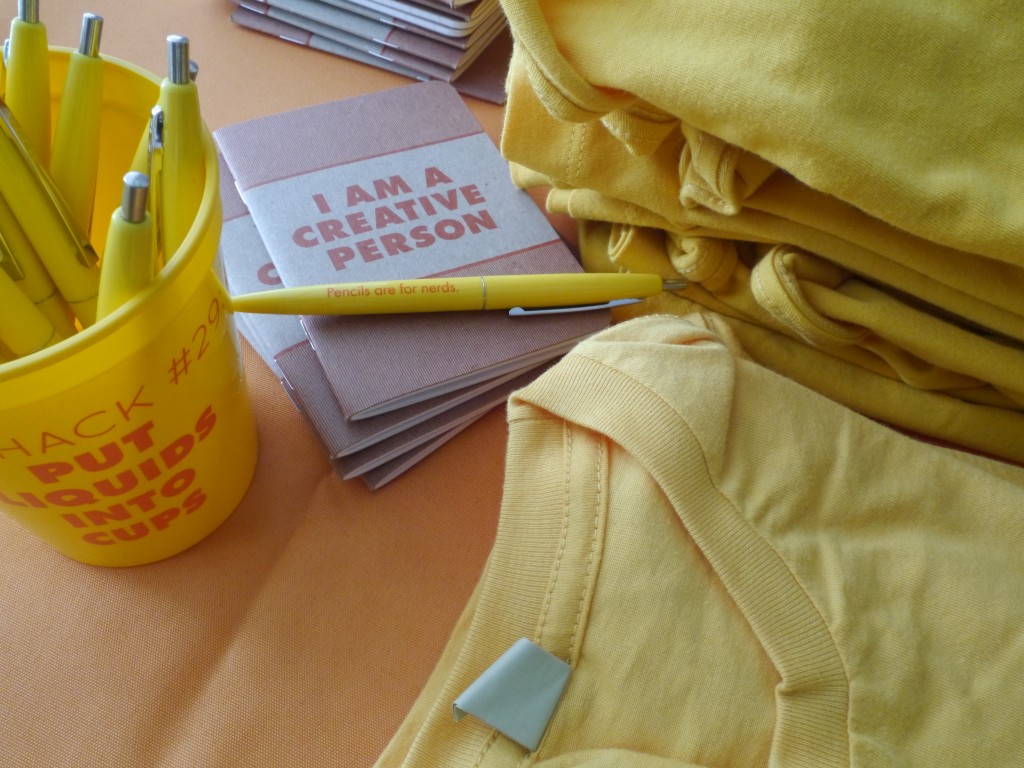 Pitching concluded, delicious sandwiches arrived from Flour Bakery, and teams formed quicker and more seamlessly than in past Comedy Hack Days. Several teams ambitiously scooped up more than one project to work on. When the dust settled, we had a team of MIT students purchasing a toilet, CHD-veteran Brian Fountain purchasing a hammer and drill, and another group of MIT students acquiring said-confetti cannon. Things are looking promising.

For anybody in the Boston area, tickets are still available for Sunday afternoon’s demos. For everybody else looking to follow the action via two dimensional interface, you should follow us on Twitter for live updates and check back to our blog Monday for a full overview.

(Below: Somebody thought it would be funny to leave a banana peel on stage after idea pitching until a group carrying a television—no joke—nearly stepped on it attempting to lift the screen onto the stage; the results of a genuine white board session for one of our hacks; and CHD All Star Matt Klinman in a random photo I found on our camera that makes him look like a stark raving lunatic desperately shoving pizza into his face.) 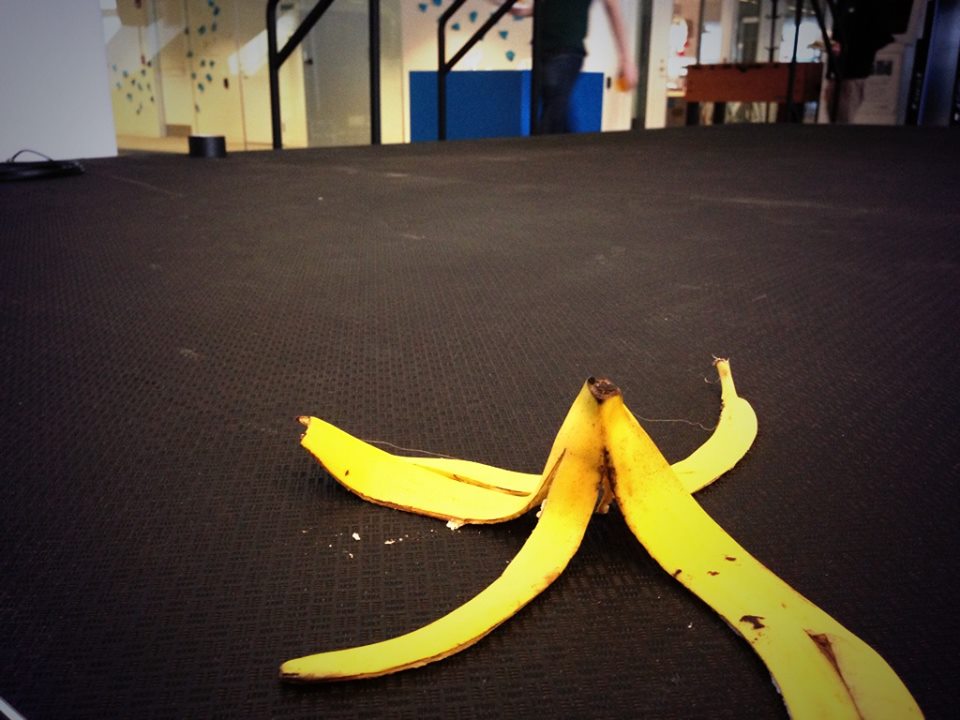 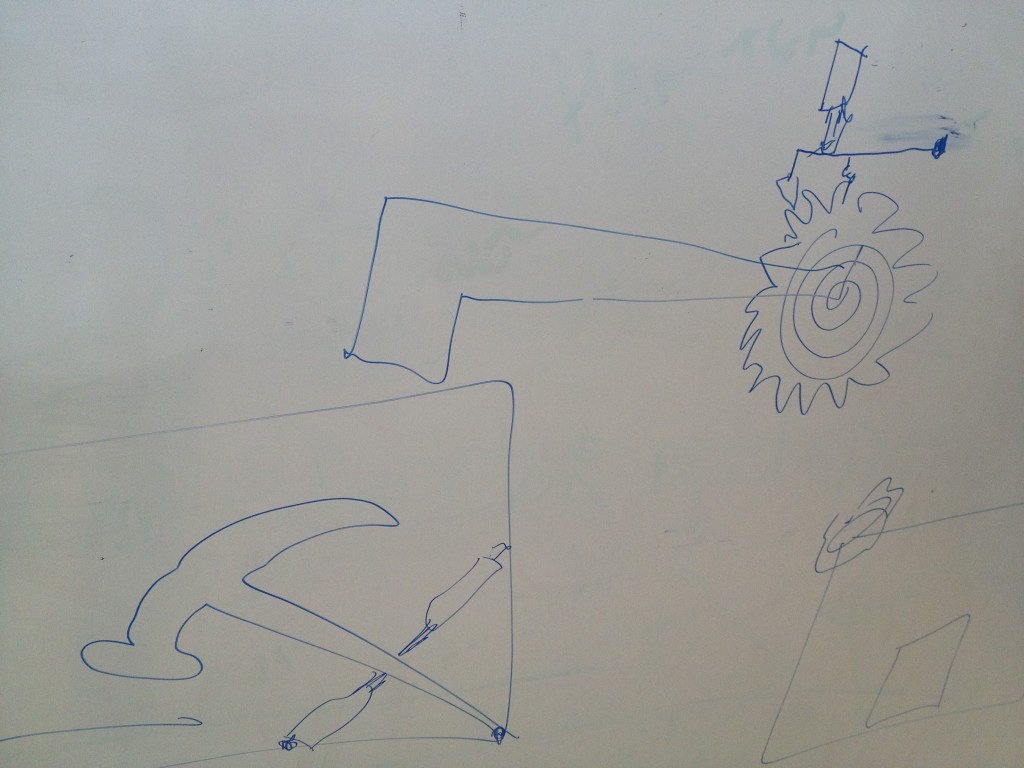 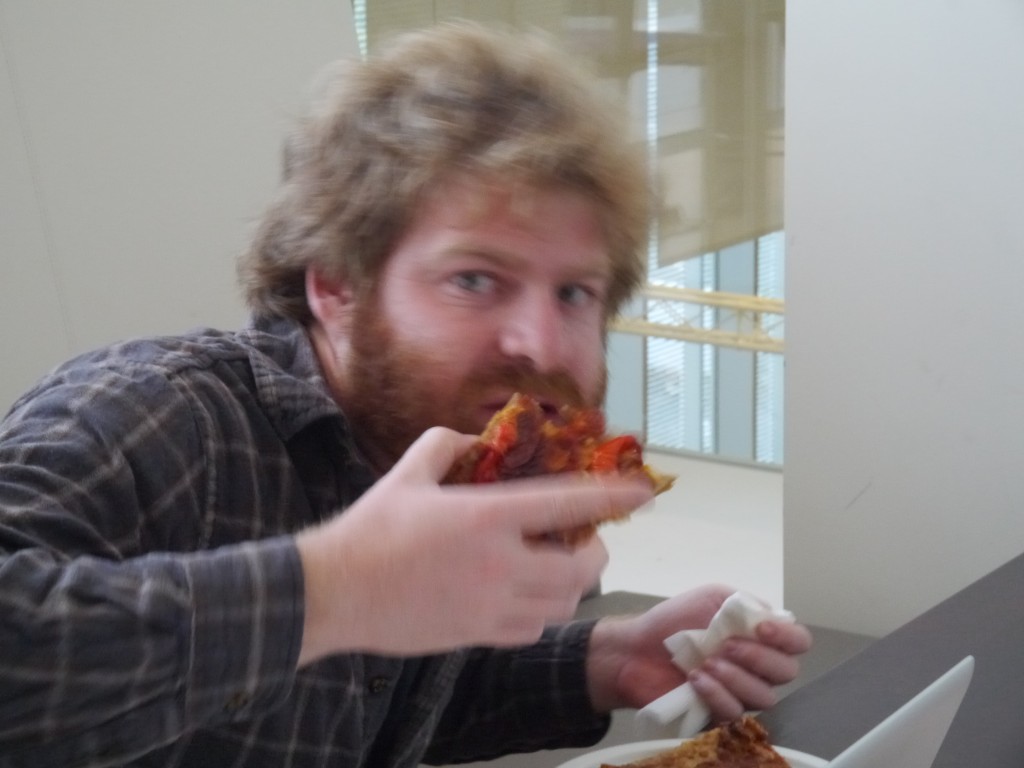