A blog about creativity, technology, & humor.
The Pointless Rush To Negativity: How JCPenney Managed To Teach Us Not To Be Dicks
Brian Janosch 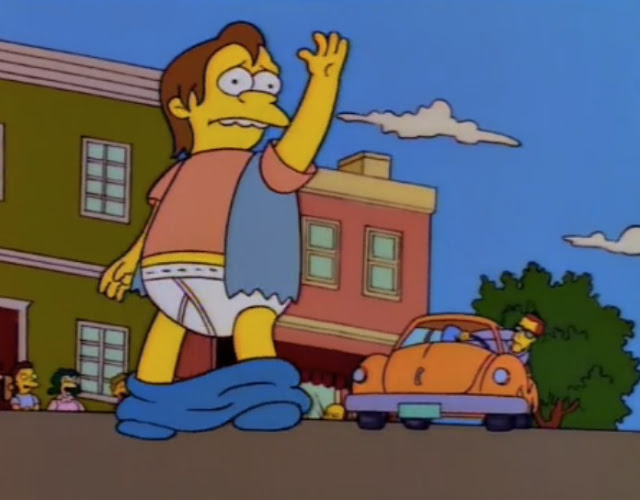 Twitter can often feel like a buzzing hive of Nelson Muntzs. A million people gathered around waiting for an excuse to point and laugh.

It’s my least favorite brand of comedy—if you can even call it that. Maybe because I think there is a fine line between shitting on the halftime show or making fun of Bob Dylan and this sort of vile, hateful dipshittery that we’re all so quick to agree is disgraceful.

It’s all reactionary negativity, and it all sucks.

That’s why, crazy as it may sound, JCPenney managed to warm my bitter little heart last night. Here is a tweet that went out during the first half of the Super Bowl.

And here is but a tiny sampling of all the Nelsons.

Even other brands saw an opportunity to attack because its a dog-eat-dog world on Twitter and you’ve got to be ready to swing the mighty sword of snark at any moment! Apparently?

However, had anybody taken the 4.7 seconds to click through to JCPenney’s feed, they would have seen this chronology, and save for those with severe associative disabilities, most anybody would have been able to put two and two together. 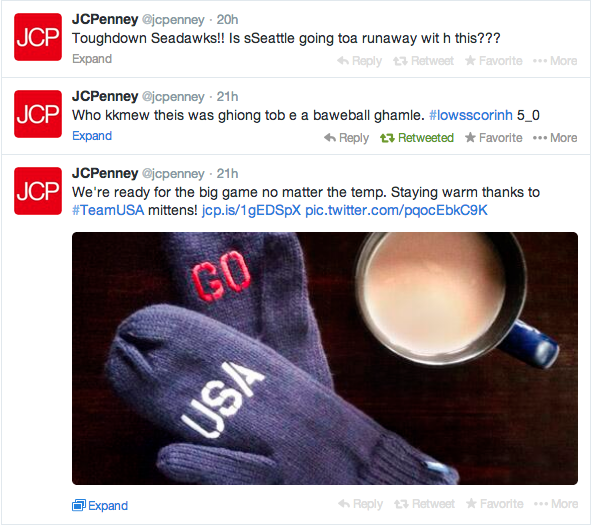 Was tweeting with mittens the most brilliant Twitter stunt of all time? No. It was cute. Was it JCPenney’s intention to bait people into thinking they were drunk or royally screwing the Twitter pooch? It’s not super clear, but I don’t care. The resulting narrative is the same with or without intent: thousands of people and brands were just served a lesson in calming the hell down by the company that sells me my underwear.

Required Viewing: A very fitting—albeit low quality—clip of Nelson getting his comeuppance (embedded below).