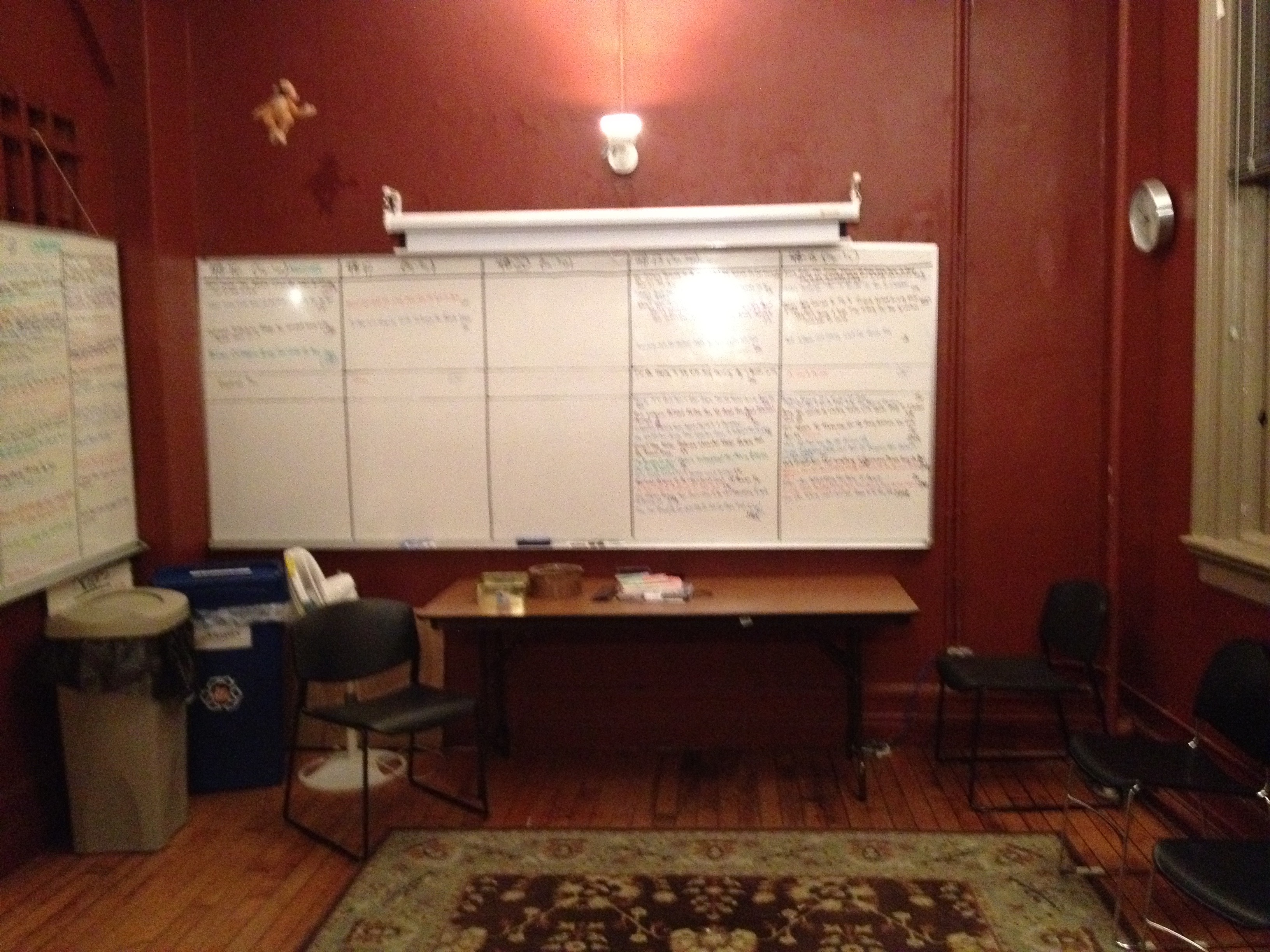 This admittedly blurry photo is the old Onion writers room, sans table. It’s where I spent upwards of 10 hours a week for four years gaining an incredible appreciation for just how difficult it is to produce good, original comedy for more than 20 years as The Onion has. One of the lessons for achieving longevity, among many, is to avoid “room jokes.” These would be jokes or riffs that mostly took form there within the room, and perhaps wouldn’t deliver the same punch outside that time and space, devoid of context. That’s not to say they weren’t funny, in fact some of my most intense laughing fits likely stem from room jokes, but The Onion staff understood that not every joke translates well to the bored office worked in Tennessee. Sometimes you have to kill your babies because they’re not meant for life on the outside.

I don’t share this notion randomly. The comparison jumped to mind this morning after reading this blog post from Nick Bilton at the New York Times about Silicon Valley’s bad habit of building (and investing in) products designed to solve problems only experienced by other people in the valley. This innovation echo chamber is the tech equivalent of room jokes, and the case is made that engineers and entrepreneurs need to perhaps take a cue from the comedy world and learn that it’s okay to let a room joke die.