A blog about creativity, technology, & humor.
Q, A, & Other Letters: Author Eli Horowitz On The Future Of Publishing
Matthew Latkiewicz 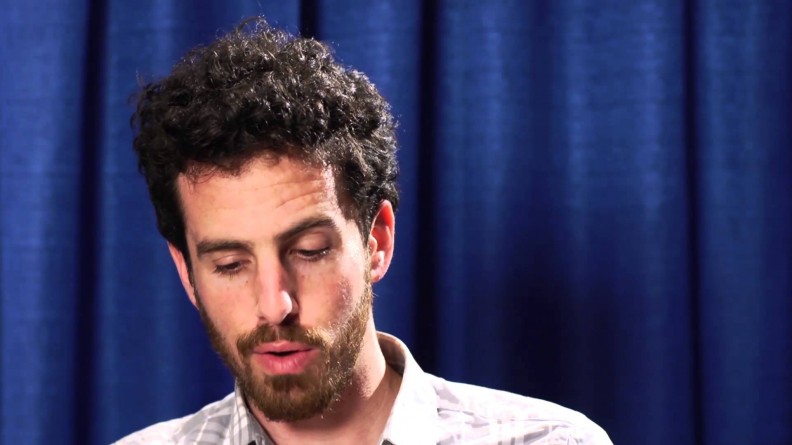 Eli Horowitz might seem like an odd trailblazer for innovative digital books—he served for 10 years as editor and publisher of the very paper-centric indie publishing house McSweeney’s—but his most recent project, The Silent History, pulls off something many e-books struggle to do: it succeeds at both the “e” and the “book.”

To Horowitz, however, both McSweeney’s and his recent book serve as a counterbalance against their respective mainstream mediums. “[McSweeney’s] was sort of a reaction to digital publishing,” Horowitz said. “The internet was just getting underway back then, e-books weren’t really a thing yet, but still, they were enough of a thing that it felt like a conscious choice to put it on paper. So let’s think about how to earn that paper. The Silent History came out of those same impulses. Except digital of course.”

I met Horowitz at a bar in The Mission District of San Francisco to talk about his book—a serialized oral history of a near-future epidemic in which a generation of children is born without the ability to form or understand language—and what’s next in digital publishing. The bar was one where you can throw peanut shells on the floor.

M: Explain The Silent History for those who may be unfamiliar.

E: The Silent History is a serialized novel that came out daily on iOS devices over the course of six months. About five pages a day or something. A long serialized novel, which we wrote specifically with that function and schedule in mind. So days are very modular and self-contained; each week or five days has a little arc; each month has a little cliff hanger at the end of it.

And then it also had this element called “The Field Reports,” which were these site-specific stories which existed within the world of the story, deepening the story, but not necessary for the main narrative flow of the serialized story. You actually had to be at that location on your device in order to read that text. And ideally you couldn’t really even understand that field report without being there because it functioned like a walking tour of the fictional world.

So we wrote some of those, but also all the readers of it could submit their own. So there ended up being 300 or so around the world.

M: Did anybody read every single field report?

E: No. There’s no way they could have, there are some in China, in Italy.

M: Well they could have… it’s possible.

E: Also there’s one in the oval office.

E: I put it there. Cause I can put them anywhere.

M: Do you know if Barack Obama…

E: I can tell when someone’s read it. People have gone to Pennsylvania Avenue and stood outside the White House, but they can’t read it from there. I feel a little bad about that, but I can’t change it now.

M: Did you think of the form—the location stuff, the serialization—first? Or the story?

E: I basically had the form first. Or at least I thought I did. I had certain ideas about the form. I was just frustrated and disappointed with with the way digital books were happening. It just seemed boring. We were losing the good things about print books and not getting anything in return. E-books had become a distribution story, a market share story, a device story, not a creative story.

So I just tried to imagine the basic shape of something that would necessitate these devices, and take advantage of the new possibilities.

M: Did the form actually inform the storytelling?

E: Definitely. It became an epidemic story because of that.

E: I think the key is, I tried to keep it based in feelings and desires I had separate from the technology. Like the feeling of wanting to go to where the story happened. That’s not a technology-based feeling. It’s a preexisting feeling that the technology then helped satisfy. That was a key distinction. Whereas wanting to flick the words all around is not an emotion that people have otherwise.

M: So it’s not form first, content second—it should be both at the same time.

E: The form half and the content half should be shaping each other in digital books more. There are the two things that seem to be holding back the field right now. One would be there’s not small teams that are made for it all to grow together. There’s tech teams that make their thing and then go look for some content; or there’s someone who says, “I wrote my digital novel, now I just need an app developer.” And in those cases the project is not going to evolve together.

M: But that’s not how most books are created anyway. There’s always design and production process, but they are kept separate.

E: But in the most amazing ones, like a Chris Ware or something, that is happening. And that’s how new kinds of experiences happen.

The other piece holding digital books back is that I feel like the tech narrative has become so much about largeness or scalability. “We’re making a platform. We’re trying to figure out how this thing will make a billion dollars or 19 billion dollars.” That doesn’t lend itself to literature. When you write a novel, you are not thinking “how is this novel going to be a theme park?” Or hopefully you’re not thinking about it that way.

M: You said this came partly out of a frustration with digital books. Were there any inspirations for The Silent History—digital or not—any experiences where you were like, yes, they are doing it right.

E: Well, not with e-books, but I read this Denis Johnson book Already Dead that takes place in up north California, like Mendocino County. I really loved that book. My friend Webster did too, so after we read it we drove up there and hung out in the bar in Wallala where the characters hang out. And that’s like common thing, like a pilgrimage to the real places from fictional stories. There’s the Sex And The City tour of the West Village right? So that was part of what drove it. That sense of place and of fandom in relationship to it, and I thought, what if that was baked into a story itself?

M: Any other inspirations as an audience member?

E: There’s also a great thing that used to be in San Francisco, this art project called the Jejune Institute. Have you heard of that thing?

M: I have but only because they made that documentary.

E: It was so good. I mean, to me that was… I’m going to say it, one of the greatest works of art I’ve ever seen. It got credit, but it was still way better than it got credit for. I mean I only did the first levels. And you could take it so much farther and I regret that I didn’t. But there was this office building right downtown, on California street. You go up into this office building. This receptionist… I still don’t know what the deal was, it was a real receptionist. And she would send you to this office and you watch this videotape, getting some instructions from a kind of guru and then you kind of go around Chinatown and downtown. It’s kind of like a scavenger hunt—you’re collecting some things and just seeing somethings, getting a clue to the next thing, but it’s all embedded in a kind of story about this strange organization that you’re finding out about. Just blurring levels of fiction and levels of reality in a neat way.

M: What has the reaction of the more traditional world been to The Silent History?

I think what should happen, my little rant, is that publishers should be, this is actually a place where publishers can stake out an increasing role for themselves instead of seeing an ever-diminishing one for themselves.

And so if a publisher was doing like four of these a year, each one would be easier. You’d get a whole audience for these things, communication channels for these things and then they would also find out what works. Like you might realize, ok geo-fiction: no one wants that, but they do want… shake-o-fiction, or whatever, where you shake your phone and the words change. You know? And then, you commission like five more with this shake-o-fiction platform you’ve created. But right now, I think the problem is that publishers are trying to pre-envision the platform separate from the works.

M: You said The Silent History did well enough that you are doing another one. Is there anything you can say or want to say about that project?

M: Why the change in codenames?

E: It turns out there are no elephants in the story. It’s supposed to be a different kind of story. I feel like a lot of the new media type projects have often been near future dystopias. There’s often a shadowy conspiracy. The Silent History fell into that a little bit. And I think that if these new forms are to have real staying power, you’ve got to tell all kinds of stories. So this new one takes more from The Princess Bride and The Bad News Bears.

M: Sure, two movies that I always put together.

E: It’s lighter. It’s supposed to be funny. It’s shorter. So trying to expand the kind of story that go into this thing.

And then my other big idea of this is dynamic serialization. That’s my buzzword. You can leak that. It’s like traditionally serialization is very rigid schedule, like this is a weekly tv show, or a daily radio serial or a yearly book or whatever. Now with House Of Cards or just general binge watching, it’s serialized, but with the pace 100% up to the reader. I believe the ideal is like somewhere in between, not so rigid, but it’s not actually better if it’s totally up to us. Some kind of pacing is better for cliffhangers or drawing out the pleasure, or making your eyeballs not hurt and all those things. So, dynamic serialization is kind of an umbrella term to cover serialization where the pacing adjusts to the individual user, but isn’t entirely at the whim of the individual user. So this is trying to do that one also.

Eli Horowitz’s tremendous book The Silent History is available via clicking on those colored, underlined words, right there. You can also learn more about him and find his contact info by visiting his company’s website. Throw your peanut shells wherever you like. 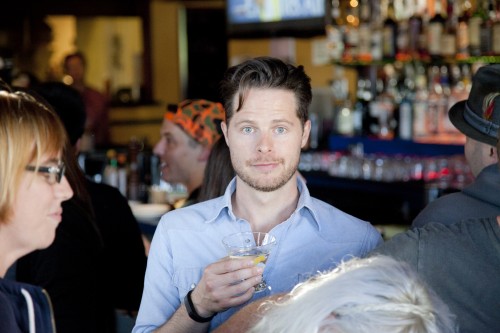