A blog about creativity, technology, & humor.
FuckYouCongress.com: Why The Fuck We Made It
Brian Janosch 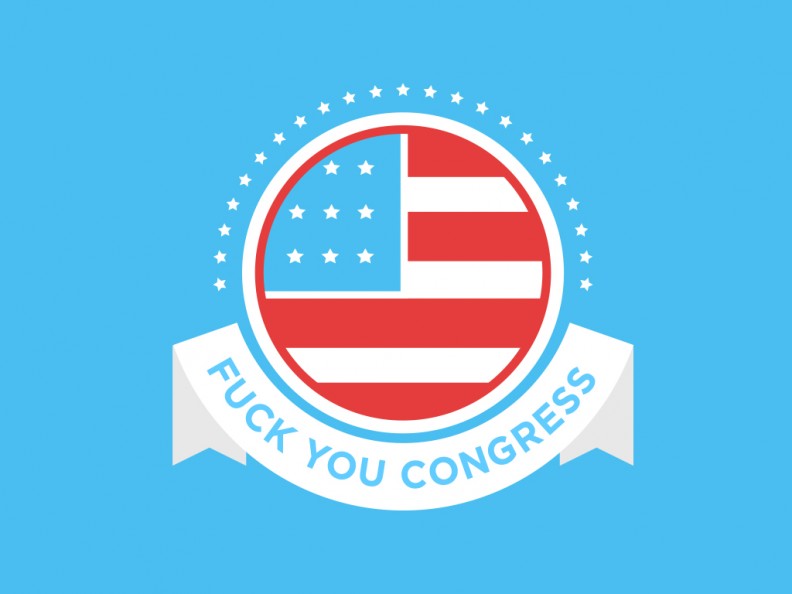 There’s a refrain we’ve been using with this Fuck You Congress campaign: This site shouldn’t exist.

The number one reaction to the site has been shock, not out of disgust but out of surprise that this domain was even available as of last week. And it’s that particular variety of shock that speaks to how rotten our political situation has become.

People should be appalled by a site telling elected officials to fuck themselves. Not appalled that it took this long to exist.

That confusion and anger and pervasive sentiment of “what the fuck is going on?” is what we tried to bottle up and harness. Everybody already had this feeling, we just bought the domain. And I wanted to the site to communicate that sentiment of throwing our hands in the air and saying, “Well, it’s come to this.”

That said, if the catharsis of saying “Fuck You Congress” was going to be the rallying cry that drew people in, we wanted to make sure we made something that didn’t end there. Too often—especially online—we satisfy that surface-level frustration with some meme or a rage-fueled shout into the ether, and we move on. But we say it right on the site, that behavior never accomplishes anything on its own.

In strategizing the site with our partners in crime, the design/animation duo of I Shot Him, we set three basic goals for what we could accomplish aside from, you know, the fucking fun part:

We realize we’re not going to turn this whole ship around with a website that fails most company’s content filters, but as writers and comedians we realize the power of words. Especially words like “fuck” and “you” and “Congress.” If we could use the power of those words to pave a path, and bring a little knowledge and humanity in behind it then we’d consider that a win.

Will it work? Who the fuck knows, but at the very least it’s been fun to think that maybe, just maybe, John Boehner has read what we wrote about him.