Last week we published our first Comedy Hack Day product video. It looks like this:

We’re thrilled that people like it. We had a blast making the thing and would’ve been happy with 5k plays so all of this is gravy, honestly.

However, because we did get a bunch of digipressions, I thought it’d be cool to expose the traffic and retention data.

What are digipressions, you ask?
Digipressions are the most important metric. Successful people use them in decks to sell things. A decent event/app/etc. has digipressions reaching 2–3 trillion people.

Here are my takeaways:
1. YouTube analytics are painfully slow. During our peak traffic on the first two days, only the realtime tab had data. In other words, we had no idea where the traffic was coming from so we were literally searching Twitter for mentions of “WellDeserved” and the YouTube URL.
2. YouTube annotations can work if you roll them in quickly. Before this video we placed our annotations after a couple closing slides and most folks would bounce before seeing the annotations.
3. Facebook auto-play dramatically inflates your play count.
4. TechCrunch pickup had a surprisingly low impact.
5. Anthropological lesson: People love to use #welldeserved on Twitter when they are: A. drinking alcohol and/or B. eating fatty foods. 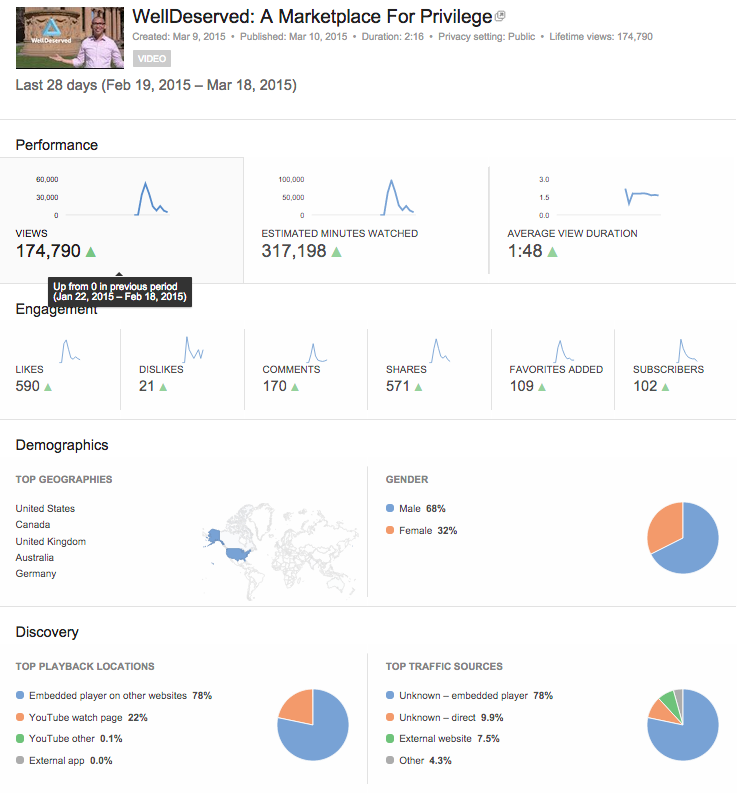 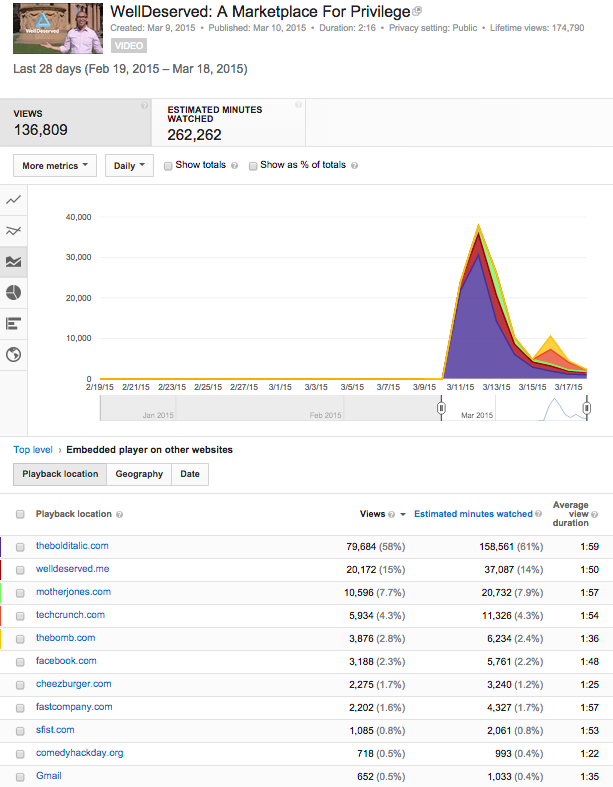 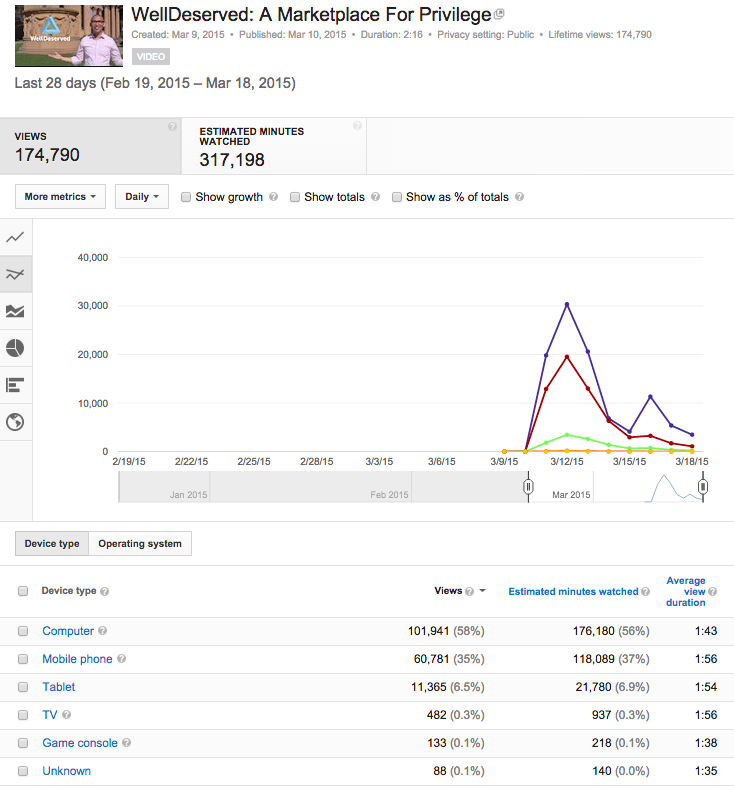 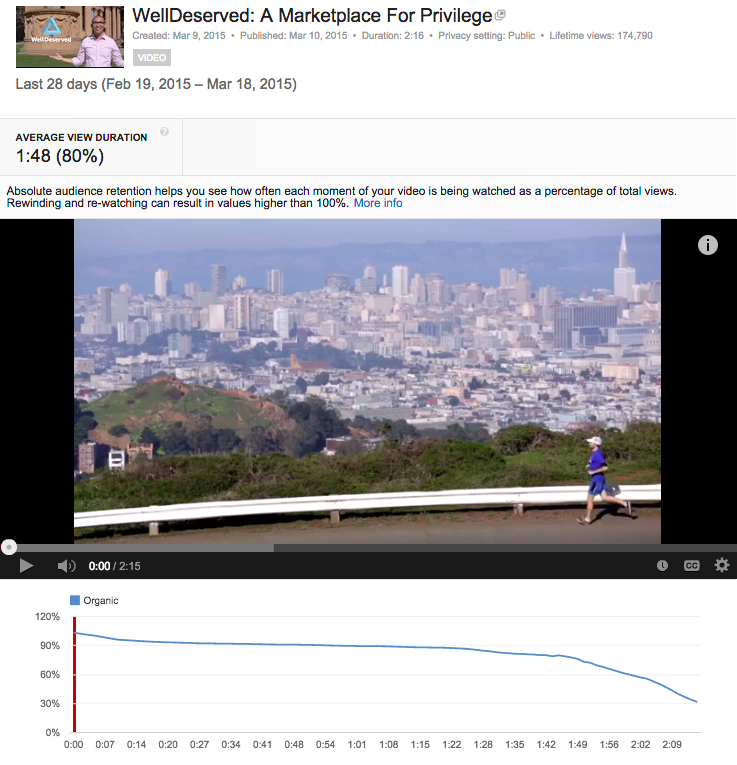 We added the two low-performing annotations after the initial spike in traffic. 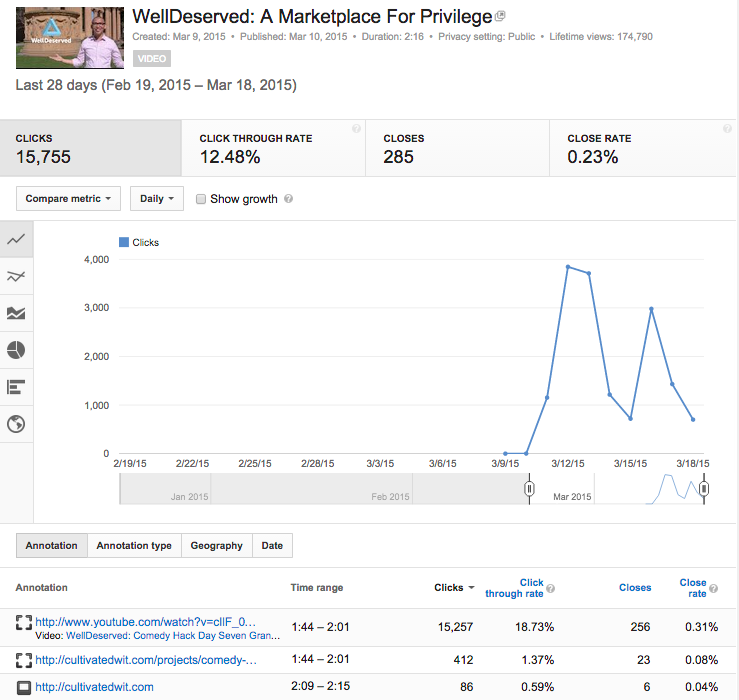 YouTube rolled out this card feature after we posted the video but we threw one in as a test. 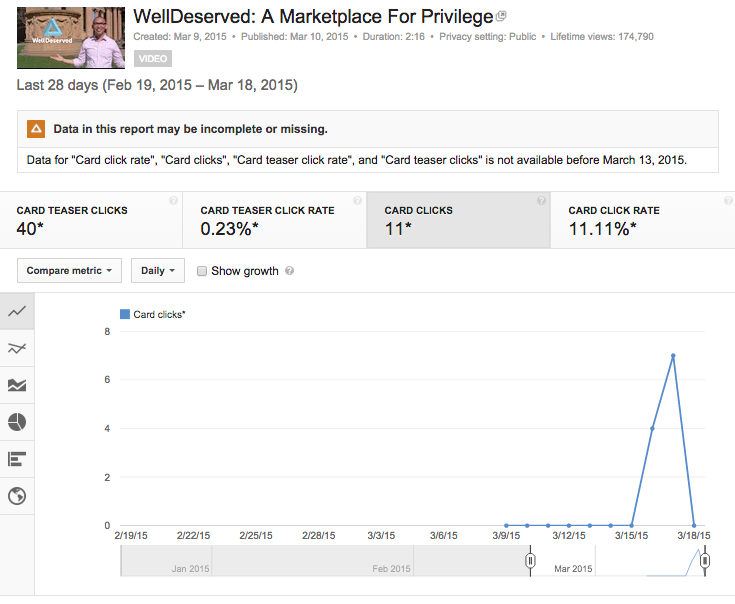 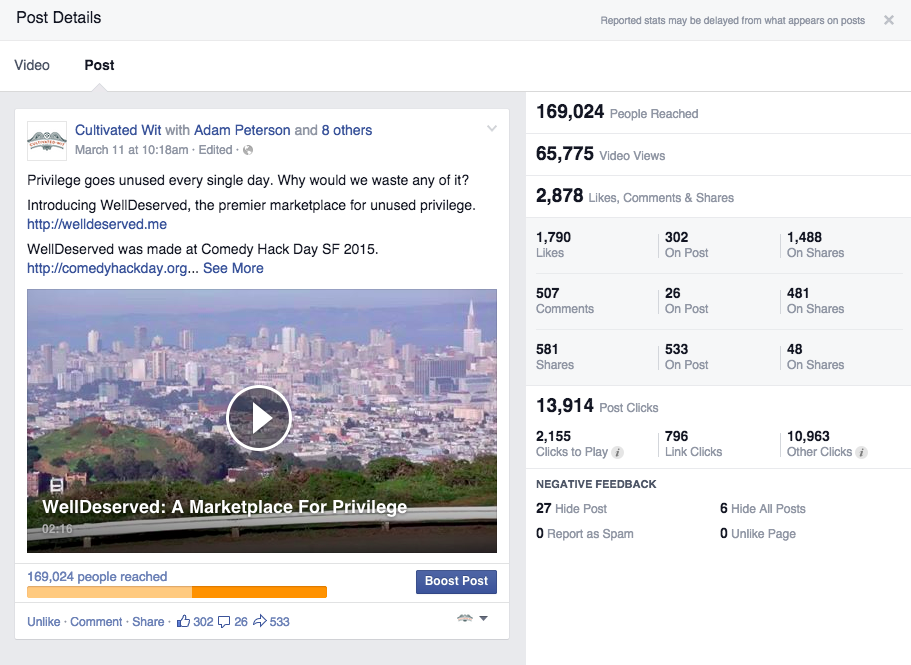 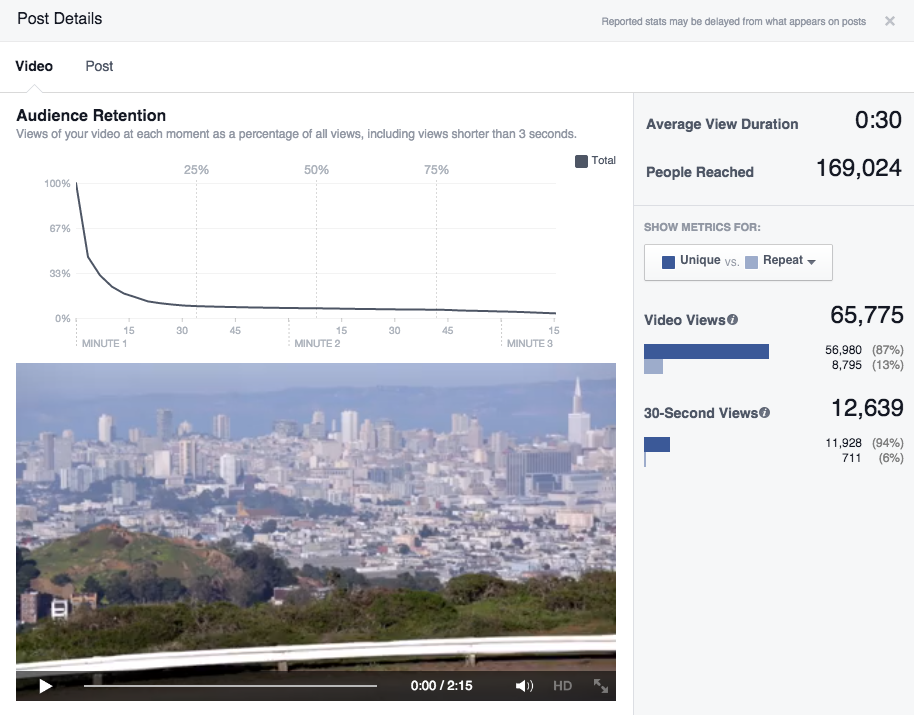 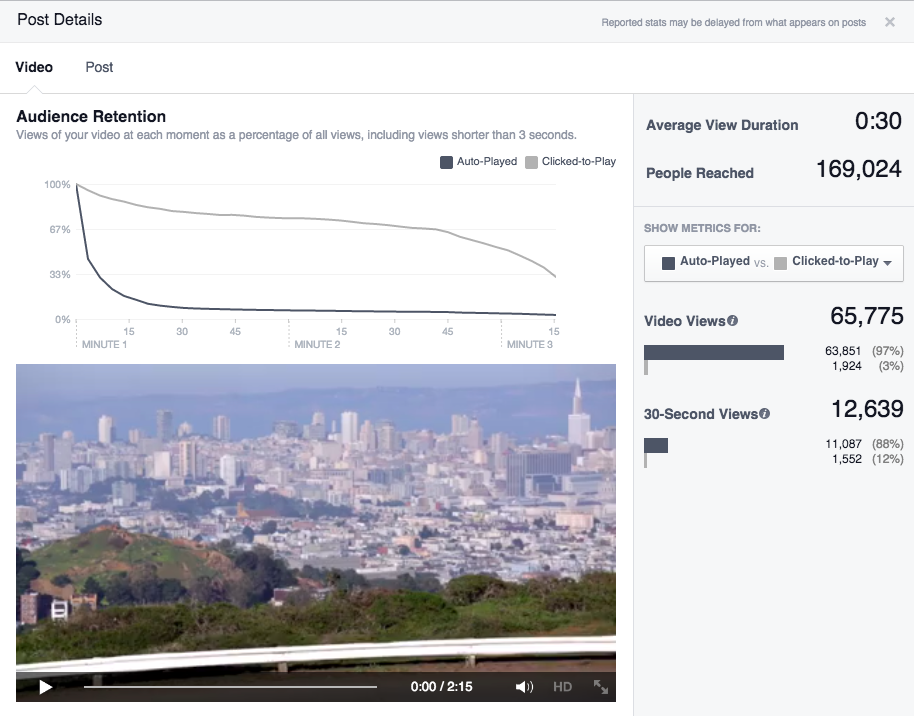 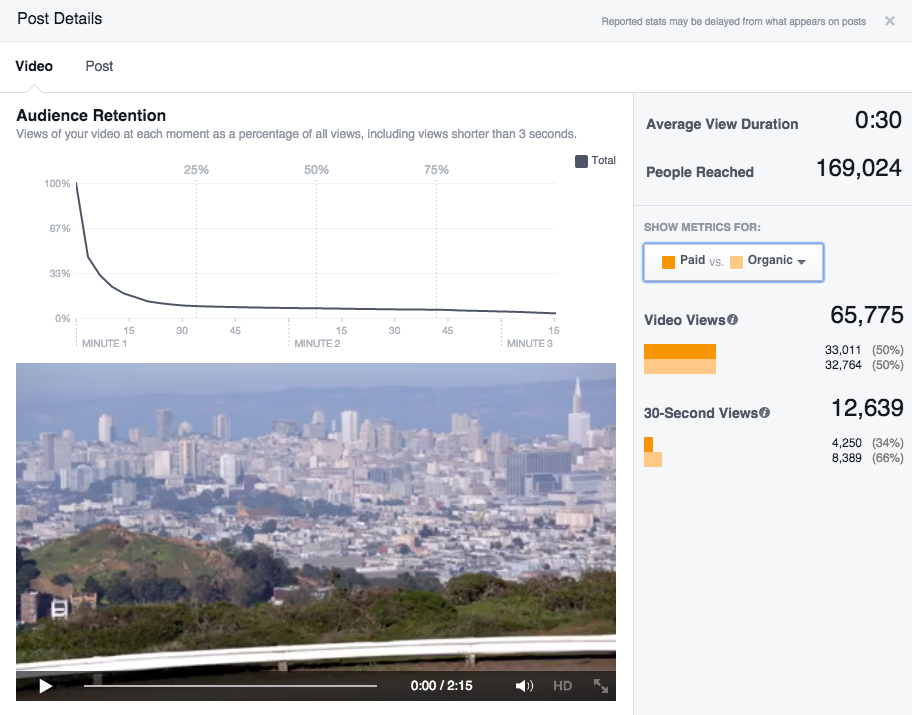 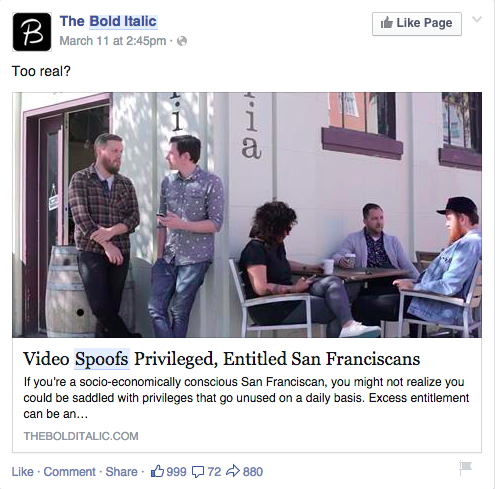 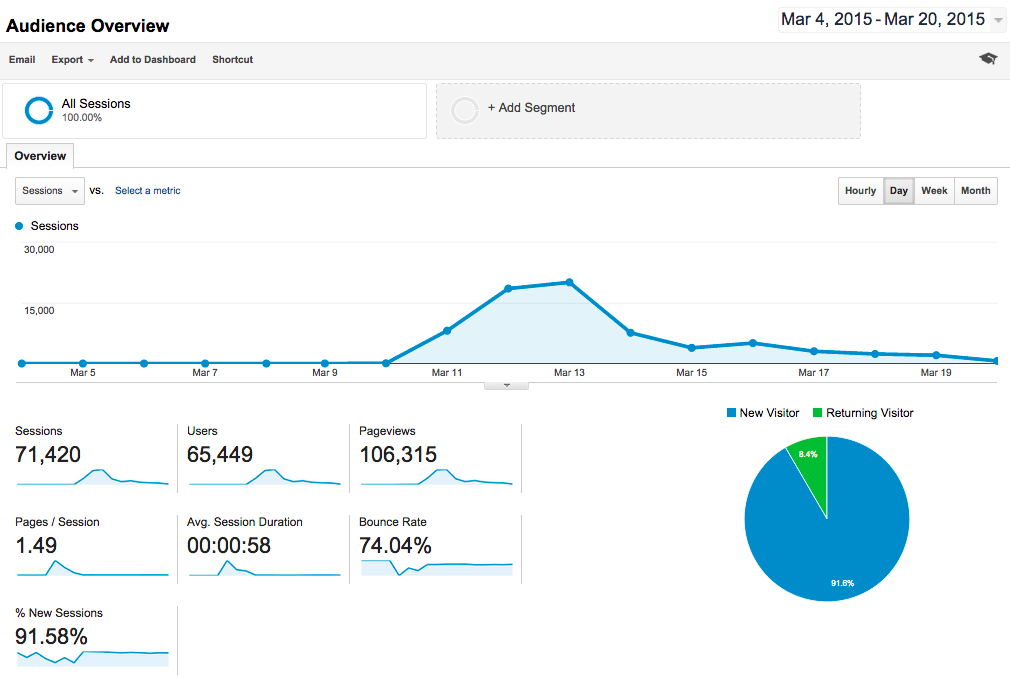 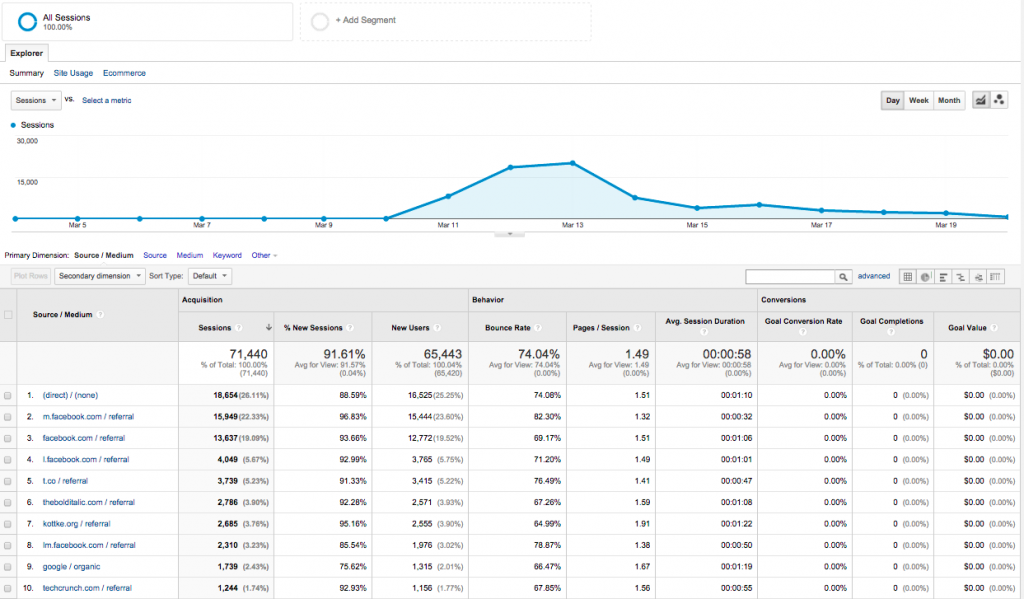 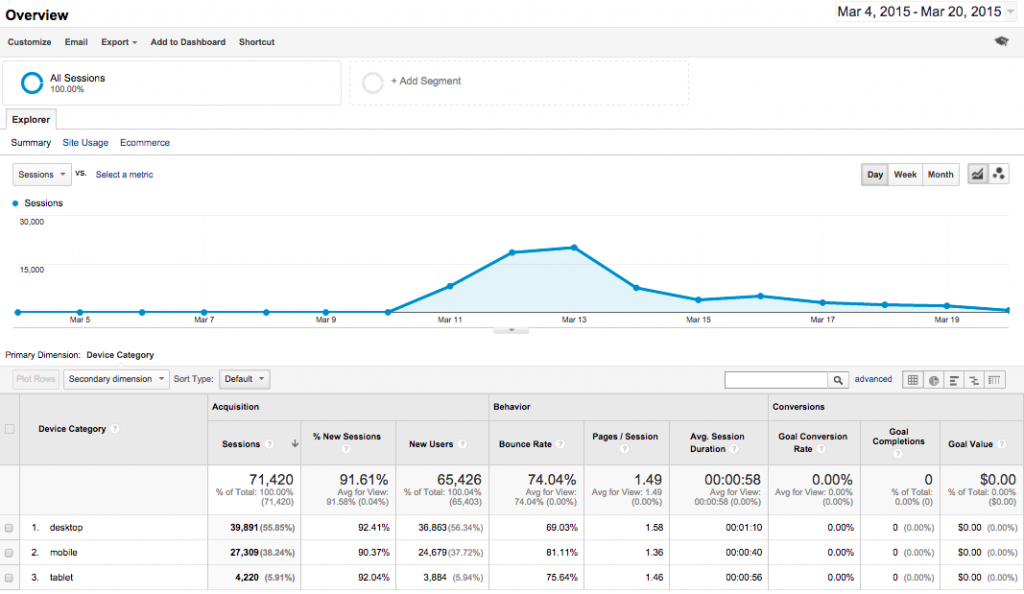